The popularity of the ALGOPLUS® scale makes it widely used outside the specificity in which it has been validated, ie acute pain. Indeed, its time of handover is faster (5 items of observations only with binary response), corresponding better to a time of care more and more timed. However, the risk suggested by caregivers and the DOLOPLUS group is that the use of the ALGOPLUS® scale may underestimate, in some patients, pain that could have been detected by DOLOPLUS®, and lead to under-treatment or even an absence of analgesic treatment.

The DOLOPLUS® group then studied the concordance of the 2 scales in order to establish and clarify recommendations for use. The results of this prospective multicenter study called CALDOL confirmed the clinical impression.

The results of our study published in the JAGS in 2016 thus confirm the interest of coupling the ALGOPLUS® scale with a DDOLOPLUS scale, if the score is less than 2/5.

Thus, the decision algorithm for choosing scales in the elderly person can be summarized as follows. 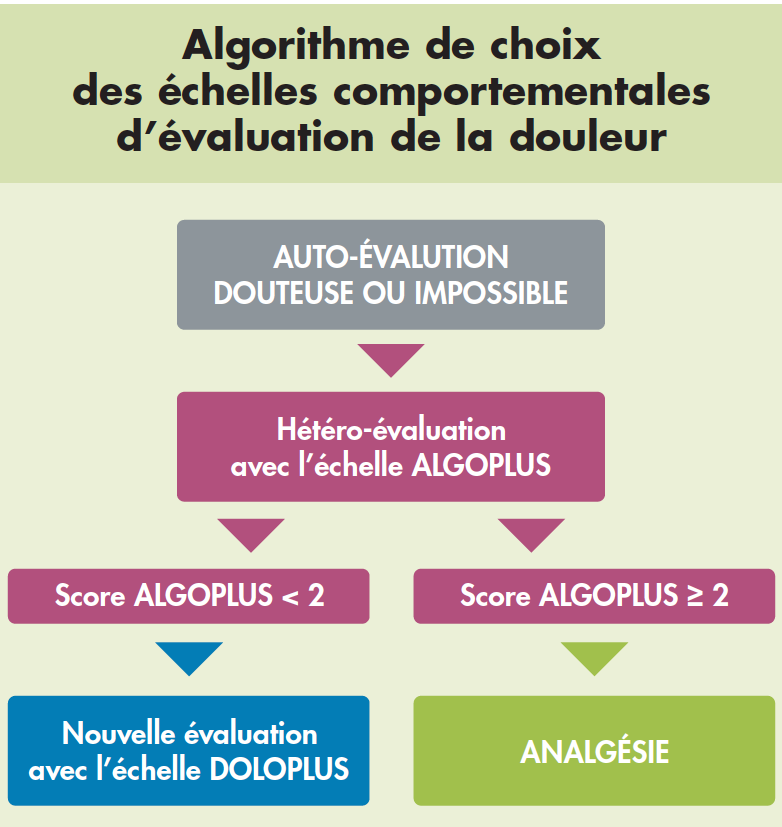